Launched – the official anthem for the Tall Ships Races Sunderland 2018 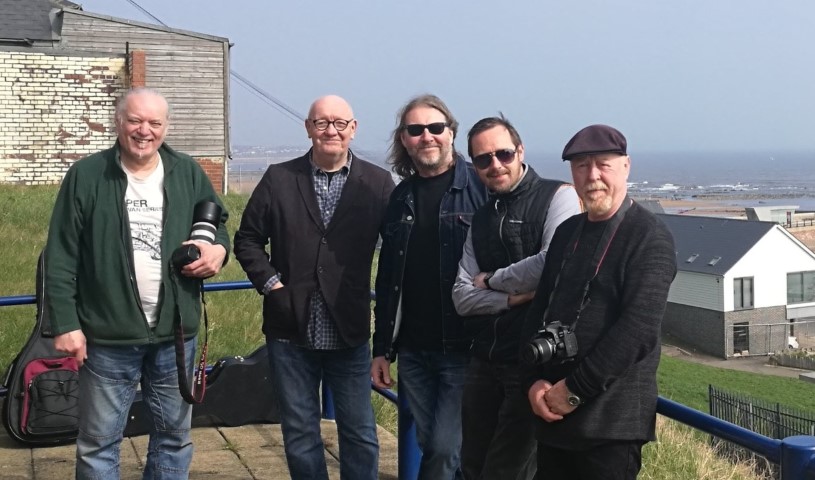 George Shovlin and The Radars

A song celebrating the greatest shipbuilding port in the world has been chosen as the official anthem for The Tall Ships Races Sunderland 2018.

And it will be performed live to the 1.5m visitors expected to descend on Sunderland from 11 to 14 July for the UK’s largest free family event.

As host city for the Races, Sunderland is laying on a four-day festival of theatre, music and entertainment – along with the chance to see a magnificent fleet of sailing ships from around the globe, before they depart for Esbjerg, Denmark.

The song, specially written for the event, recalls the days when the city’s river, the Wear, housed 65 shipyards, employing more than 4000 workers.

But it is also a welcome; to the ships – which will sail across the globe for the event – to their crews and to the thousands of people who will come to celebrate them.

George Shovlin, lead singer of George Shovlin and the Radars, said the song is a celebration, not only of Wearside’s shipbuilding and coal mining heritage, “but of its regeneration – it’s an expression of joy and pride in the city as it was and as it is now.

“That Sunderland has been given the honour of hosting The Tall Ships Races is a tremendous boost for the city,” he added.

“And we can’t wait to welcome people – especially if it’s their first visit – and show them what a fantastic place Sunderland is.”

The event schedule begins on Wednesday 11 July when the ships will lower their gangways to visitors.

On Thursday 12 July, the programme of culture and entertainment continues when a Crew Parade will walk through the city centre, bringing a carnival atmosphere to the streets, followed by a Crew Prize-giving ceremony.

On Friday 13 July the riverside will become the focus of a world first attempt, when high wire walkers will cross the River Wear without a safety net and local sail trainees taking part in the Races will arrive to join their ships.

Finally, on Saturday 14 July the ships will take part in a spectacular Parade of Sail, past the coastal resorts of Roker and Seaburn, with onshore entertainment continuing well into the evening.

“We have fantastic bands and spectacular entertainment running throughout the festival,” said Victoria French, head of events at Sunderland City Council.

“And we are delighted that George and his fellow band members have loaned us their superb song to be the anthem for the festival.”

Visitors can hear The Tall Ships Song during the George Shovlin and the Radars set on Wednesday 11 July from 2-2.40pm on the Town Moor stage.

It can be downloaded via iTunes, Spotify and Amazon and all donations will go to the charity, Sunderland Maritime Heritage.