Digital company goes for a pizza the market 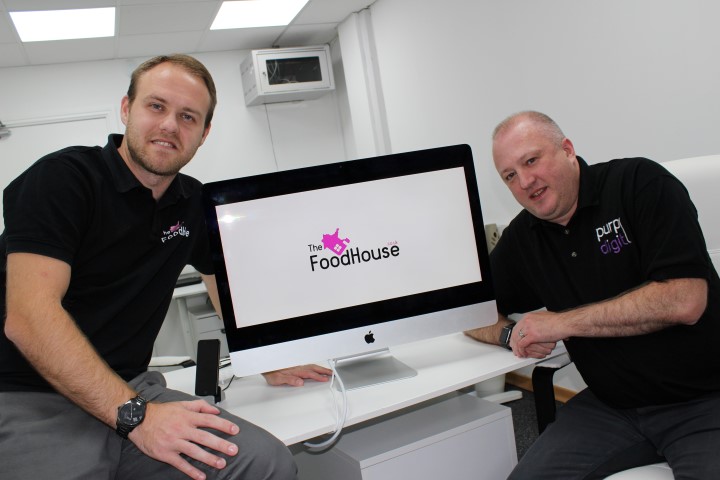 A NORTH East digital company is hoping to give fast food retailers a bigger slice of the market, after launching a new site to rival Just Eat.

The FoodHouse, which has been designed and built by North East entrepreneurs Roger Byrne and David Duff, is set to stand up against other popular take-away platforms, offering restaurant owners a new way of reaching customers.

By taking a much smaller percentage-cut of orders placed through its site than many of its closest competitors, The FoodHouse hopes to deliver a similar service to the market’s major players, but without making it difficult for restaurants that use it to make money.

Roger – who has been developing the concept for a number of years, quietly building the website’s restaurant partners – said: “We live in such a fast-paced world that people often don’t have time to prepare a nice meal, and takeaways have that convenience factor. It’s a huge market.

“We want to make it as easy as possible for people to order tasty food, delivered to their doorstep, not only creating a smooth and simple consumer-journey, but also supporting the local economy, by giving independent businesses a platform through which to market their offer in a cost-effective way.”

As well as taking a relatively low cut of each order placed through its platform, The FoodHouse also caps the amount it takes each week, meaning restaurateurs can be confident that if the site helps drive a significant amount of custom, they will not have to pay excessive referral fees.

“Often, restaurants are left with no choice but to work with takeaway-referral platforms; they offer such a simple, customer-friendly solution, so it’s easy to see just why they’re so popular. And that’s great if it increases business for restaurants, but if the cost of that lead-generation is excessive, it can decrease local businesses’ margins, making what is already a tough market all the more challenging. Restauranteurs either have to decide to absorb the fee and feel the pinch, or increase their prices to counter the costs. We hope that, by being competitive, we can protect restaurants as well as delivering a great service to consumers.”

In addition to the referral site, Newcastle-based The FoodHouse also supports businesses to create their own ordering systems – both digital apps and websites.

“Many of our customers were telling us they wanted their own online order system, so as well as offering subscription to The FoodHouse, where takeaways only pay if they receive a referral, we also support customers with their own website, EPOS systems, card payment technology, digital menu screens and even social media marketing to drive traffic,” explained business partner David Duff, who became involved in the takeaway sector when he then joined forces officially with Roger to form the brand’s parent company.

“We work with restaurant owners across Tyneside, Wearside, Durham and beyond, all of whom we add significant value to, and that’s really the goal; to grow The FoodHouse by supporting our clients to achieve sustainable growth. And ultimately, the consumer wins because we are very much focused on providing a fair, cost-effective solution.”

The company has been supported by Sunderland Software City, which helps businesses grow by adopting or developing new technologies.

Jeni Banks, business support specialist at Sunderland Software City, said: “Technology has had a profound impact on the way we live and even simple things – like ordering food – have been made easier than ever. This website will hopefully build on that, but also support businesses in the process, making it easy for them to reach customers, without taking away their profit margins.

“We’re delighted to see a North East company developing a platform that we hope many businesses and people in the region and beyond will make use of.”