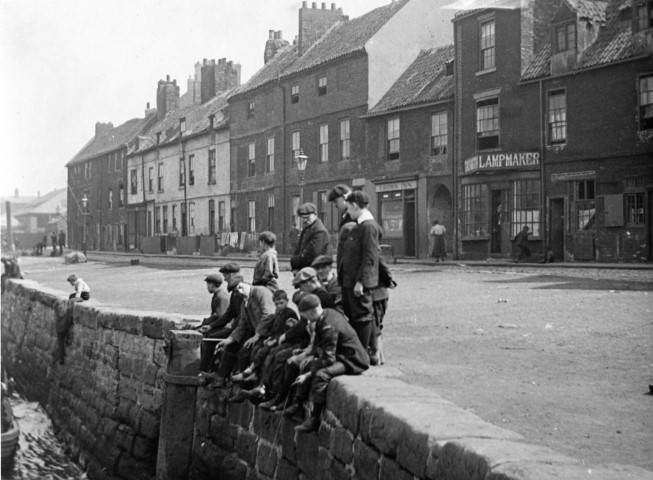 Wearside’s history and heritage will be celebrated at a series of special events during The Tall Ships Races Sunderland 2018.

The Harbouring Heritage project, led by Sunderland City Council and funded by the Heritage Lottery Fund (HLF) has brought schools, community groups and organisations across Wearside together to celebrate people and communities through the ages.

And the project gets off to a spectacular start on Wednesday 11 July with a parade to welcome the 55 tall ships and their crews to the city.

Starting at 6pm at the Town Moor, 20 community groups and schools from Sunderland’s East End – one of the oldest parts of the city, with a strong maritime heritage – will parade along the Port, arriving at the Observation Wheel, at the showfield, Barrack Street, at around 7.30pm.

The Welcome Parade will also feature boats to scale, created by local groups from wood, plastic, glass, textiles and cardboard/paper and many of those taking part will be carrying banners celebrating Sunderland’s sporting, wildlife, coal mining and shipbuilding heritage.

South Shields-based carnival designers Creative Seed will also be showcasing their skills with a selection of flamboyant props and costumes.

Visitors can also make their own banners at workshops held by Sunderland social enterprise Imagine Creative from 3.30pm to 7.30pm from Wednesday 11 to Friday 13 July at the People’s Park, within Zone B – with the results displayed on nearby railings.

The city is also flying the flag for naval heroes – from Horatio Nelson and Cuthbert Collingwood to Sunderland’s own Jack Crawford, whose bravery in nailing his ship’s colours to the mast during battle not only inspired a saying but also led the British to victory.

The famous portraits of Nelson, by Lemuel Francis Abbott and Collingwood, by James Lonsdale, will be on display at Sunderland Museum and Winter gardens until 22 July.

In addition, a specially commissioned new play celebrating Sunderland’s Earl of Biddick will be performed by Washington Youth Theatre at Sunderland’s Quayside Exchange on Thursday 12 July at 7.30pm and the following evening at Arts Centre Washington at 7pm.

From Wednesday 11 to Friday 13 July, Holy Trinity Church, at Church Street East, will turn back the clock with a Georgian Festival in its grounds.

Each day, from 1pm to 8pm visitors will be able to listen to talks, watch demonstrations and enjoy storytelling and activities linked to the 18th century, when the church was built.

The app provides a four-mile long, guided tour of key locations, from the Port through part of the East End, across the Wearmouth bridge and along the river to Marine Walk and Roker.

Users will be able to learn more about the historical significance of the area with the help of maps, historical images and other sources, which will be accessed via the app.

Two guided walks, inspired by the Harbouring Heritage app and led by volunteers, will also be available from 10-14 July at 10.30am and 6pm.

Tickets for the walks are free and can be booked on Eventbrite.