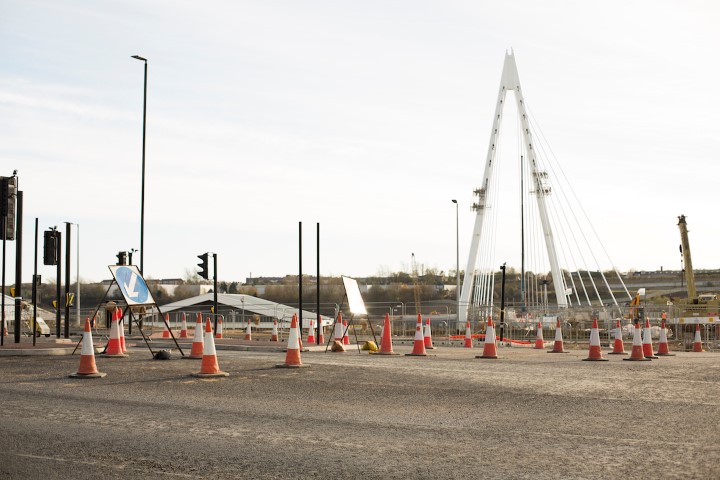 A major route through Sunderland is to re-open next week following the completion of roadworks in connection with the city’s new bridge.

The A1231 Wessington Way will open to two lanes of traffic in both directions from mid-to- late morning on Tuesday (November 14).

The dual carriageway has undergone significant alterations during the past two years to enable it to connect into the New Wear Crossing, which is due to open in the spring of next year.

From Tuesday morning, all major works on Wessington Way will be complete, meaning that the traffic cones between Colima Avenue and the Queen Alexandra Bridge will be removed. Only minor works, such as landscaping, will need to be carried out in the weeks ahead, which may require short, periodic lane closures.

Once the road is re-opened next week, a new three-way junction, with traffic lights, will be in operation at the A1231 junction with Castletown Way, near Sainsbury’s, replacing the roundabout that was there previously. This will become a four-way junction once the new bridge and northern approach road are finished in the spring of next year.

From next Tuesday, temporary traffic lights will be in operation around the junction until the permanent signals are brought online towards the end of November.

Deputy Leader of Sunderland City Council, Cllr Harry Trueman, said: “It’s very good news that Wessington Way is almost complete and we can return to having two lanes of traffic in each direction.

“We appreciate that roadworks can be extremely frustrating and inconvenient, so we wish to thank businesses, residents and motorists for the patience they have shown during the past two years. I’m sure people are looking forward to travelling across this impressive new crossing.

“More broadly, we are getting close now to the bridge being complete, when we will start to see this scheme and the other major initiatives that are underway, such as the advanced manufacturing park, truly transform the city of Sunderland.”

The new bridge – the first to be built across the River Wear in the city for 40 years – is Phase 2 of the Sunderland Strategic Transport Corridor, which is a five-phase road enhancement scheme to improve links between the A19 and Sunderland City Centre and the Port of Sunderland.

The new bridge will link Castletown with Pallion and will enable land along the south side of the river to be regenerated. It will also attract investment into Sunderland, help to create jobs, and reduce journey time for motorists travelling around the city.

Stephen McCaffrey, Project Director for Farrans Construction and Victor Buyck Steel Construction, which formed FVB joint venture to deliver the project on behalf of Sunderland City Council, said: “I would like to thank everyone for their understanding whilst we have been carrying out these major roadworks on the north side of the river. It has been a big task to upgrade Wessington Way and to connect it into the new bridge, but hopefully people will understand that this work has been necessary.

“The bridge is at an advanced stage now and is moving closer to completion, so I’m sure everyone can appreciate the scale and complexity of the project, and why it has impacted on the nearby road network.”