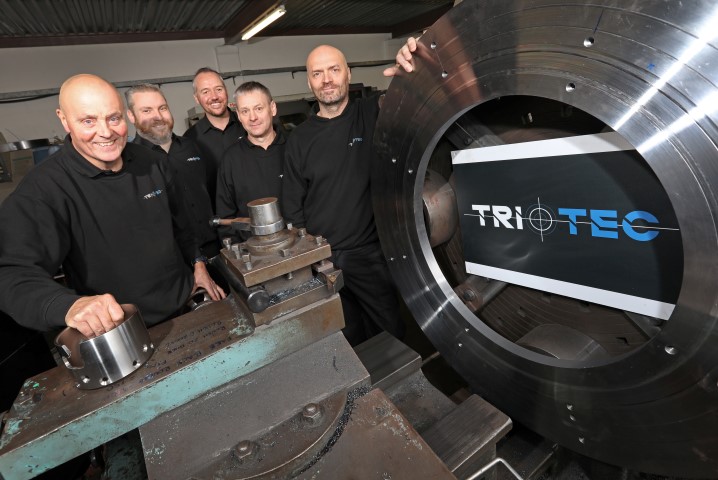 A group of engineers are celebrating after recruiting new staff and taking on larger premises just months after being made redundant from a North East manufacturing firm.

Washington-based Triotec only launched in May last year but have gone on to achieve around £500k in turnover due to a high demand for their services, which includes manufacturing and supplying components to the oil and gas industry.

The company’s three directors: Andrew Calvert, Gary Marshall and David Downes outlined a £250k turnover target when they first launched the business with support from the North East Business and Innovation Centre (BIC) in Sunderland.

Now, the company has expanded into a larger industrial unit to accommodate its growing team and house aerospace machinery bought from Rolls Royce.

Andrew said: “The expansion has happened quicker than we expected and we’re delighted to have achieved double what we thought we would have in terms of turnover.

“It’s a result of the long hours we’ve put in, which has led to us receiving so many orders from clients. This means that we’ve had to acquire high-end machinery to streamline our processes and bring in two new members of staff to deal with the demand.”

The firm have brought in Computer Numerical Control (CNC) Machinist, Rodney Dodd, and Fitter, John Mills, who both previously worked with the three directors before being made redundant.

David said: “Rod and John bring different skill sets to the team and they’ve helped us improve our logistics, which is essential as we look to meet the demands of our clients.

“Having worked with them previously we were confident that they’d be able to make a difference straight away, which they have done – they’re already an integral part of the team.”

It’s been a rapid rise for Triotec, whose directors – just last year – were sat in a pub talking about launching the company on the same day as being made redundant –wondering how they could build on having over 70 years of combined experience in the industry and run their own business.

Fast-forward to 2019 and the group are extremely proud of what they have achieved and are thankful for the business support on offer which has helped them get where they are today.

Gary said: “We’re fortunate to have had so much support, particularly from the BIC’s Ron Anderson who gave us the confidence to get started and educated us on important matters like insurances, cash flow and record keeping.

“He gave us the reassurances we needed to make it work and signposted us to Sunderland City Council’s Business Investment Team who provided us with assistance and helped us secure our first premises.

“They helped us with negotiating our lease agreements and other important aspects of taking on industrial space – they were a great help.”

Cllr Graeme Miller, leader of Sunderland City Council, said: “Triotec’s success underlines the city’s strengths as a superb place to set up a business and thrive.

“It’s great to see a new manufacturing company grow so quickly and create skilled new jobs from its base in Sunderland. The City Council’s business investment team works alongside companies from the outset to help them prosper, and Triotec’s success to date augurs well for its future.

“We wish them well as they continue to expand.” 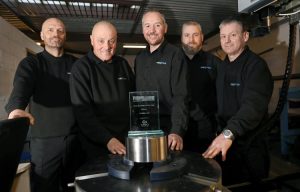 The award is given to companies under two years old and the judges make their decision based on business success and growth.

Andrew said: “To see our name up in lights filled us with pride and the award will definitely enhance our reputation as we look to progress.”

Going forward, Triotec want to break into new markets, including the nuclear industry, after achieving the ISO9001 quality management accreditation and potentially bring in additional staff.