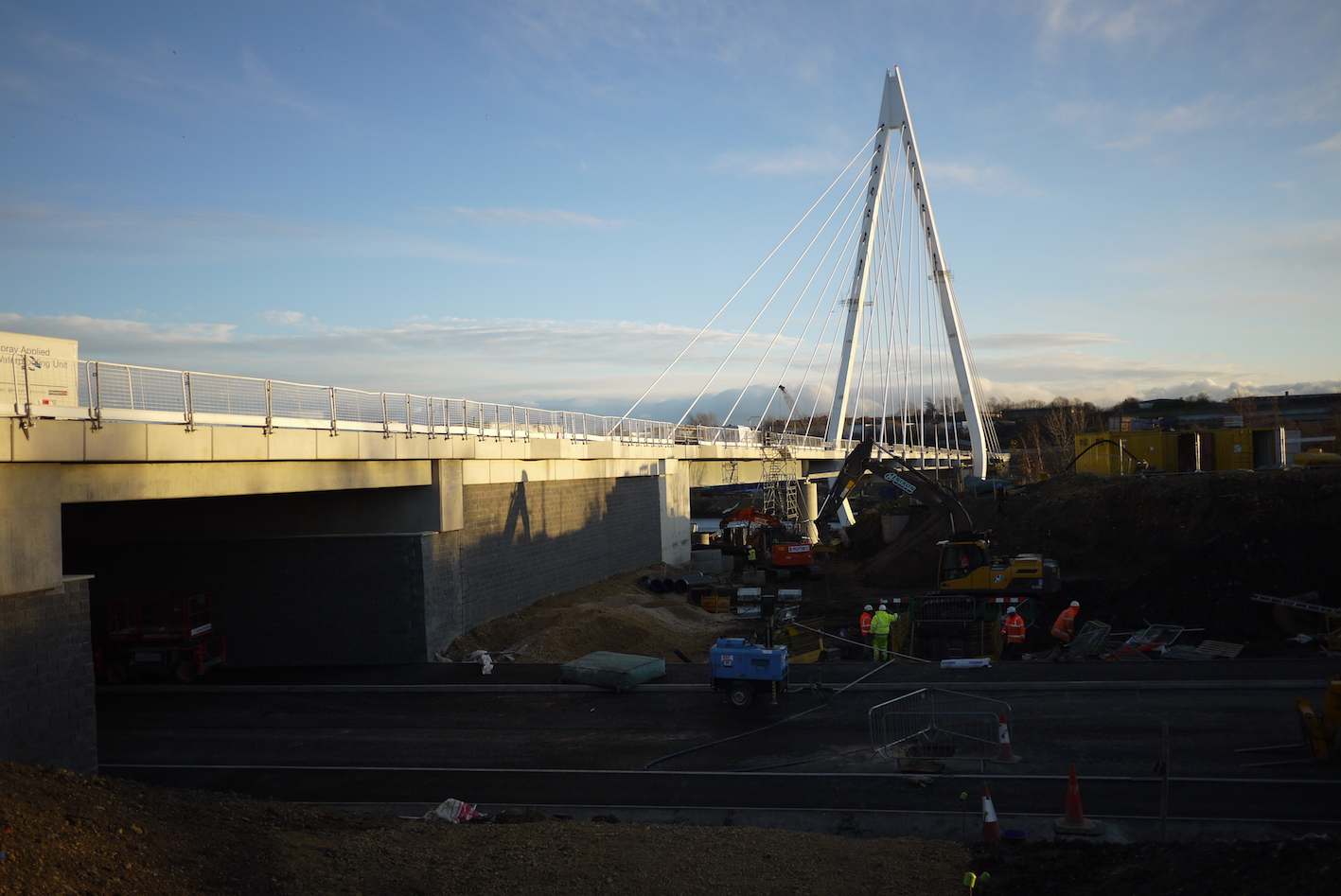 A section of Timber Beach Road in Sunderland will be closed for up to four weeks from mid-January.

The 350metre section of road, between DW Fitness and Wessington Dental will be closed for between three to four weeks from Wednesday 10 January 2018.

The closure is essential to allow the new route for Timber Beach Road, which will go under Sunderland’s new bridge, to be connected to the existing road in the area.

For the last 18 months, traffic travelling through the enterprise park has been using a temporary route whilst extensive works in this area, including construction of the new road, were underway.

The work is scheduled to take between three and four weeks, but much of it is weather-dependent so drivers are being warned that it may take a little longer. Work will take place on weekdays as well as at weekends if required.

Once the road is re-opened there will then be temporary traffic lights installed on the route for another three to four weeks, whilst additional work is done alongside the new road.

Pedestrian and cyclist access will be maintained at all times, though cyclists will have to dismount as they travel through the roadworks area.

Special plans are being put in place to maintain bus access. During the closure, bus services 8 and 36 will serve Colima Avenue, then divert via the A1231 to the Queen Alexandra Bridge gyratory and onwards along their normal route.

In addition, a free shuttle bus will be in operation approximately every 15 minutes from 7am to 7pm every day during the closure, running from near the Vauxhall garage on Alexandra Avenue on the east side of the Enterprise Park to the B&Q/Trimdon Street roundabout. This will allow passengers to connect to and from the park to a wide range of destinations.

Traffic will be diverted via the A1231 Wessington Way, which is now fully open with two lanes in each direction.

Deputy Leader of Sunderland City Council, Cllr Harry Trueman, said: “I’m pleased that this work is taking place after Christmas and when we have Wessington Way fully open. I know it will add some time to the journeys of people who work in the area, but I’d just like to ask everyone to drive safely and understand that this is one of the final pieces of the jigsaw before the impressive new Northern Spire opens in the spring next year.”

The new bridge, which has just been officially named Northern Spire, is the first to be built across the River Wear in the city for 40 years. It is Phase 2 of the Sunderland Strategic Transport Corridor, which is a five-phase road enhancement scheme to improve links between the A19 and Sunderland City Centre and the Port of Sunderland.

Phase 1, the city centre St Mary’s scheme, is already complete, and Phase 3, joining the bridge to the city centre, has recently received planning permission, and will get underway next year.

Stephen McCaffrey, Project Director for Farrans Construction and Victor Buyck Steel Construction, which formed FVB joint venture to deliver the project on behalf of Sunderland City Council, said: “Connecting the new road underneath the bridge with the existing Timber Beach Road is a major operation and we have to close this section of road for this short period so we can do it safely. It’s only a short route but it is an important one, and we’ll be working hard to inform local businesses and commuters who use this busy route to make sure they know about the closure and can plan accordingly.”