Social enterprise: How entrepreneurs are shaping communities and changing the world

“I took a risk by taking it on, because I could see the value to the community and the wider society of continuing to offer that service. It’s quite different from working with traditional businesses…but the BIC is very much open for social enterprise business.”

North East Business Innovation Centre’s (BIC) chief executive Paul McEldon’s passion was evident during a recent chat with Bdaily, where he told us all about the organisation’s latest move: stepping into the world of social enterprise.

As an established resource for SMEs throughout the region, the North East BIC offers dedicated work spaces and bespoke business guidance to startups and entrepreneurs from its base in Sunderland.

It could be said then, that the introduction of social enterprise expertise to its range of support services is a natural progression for the BIC. Until 2017, Sunderland was also home to neighbouring service Sustainable Enterprise Strategies (SES), which according to Paul, worked alongside the BIC to put the city “at the forefront of social enterprise and cooperative development in the region”.

After 35 years serving the local community and supporting a range of regional projects, SES went into voluntary liquidation due to funding cuts. Paul took measures to secure its legacy by reaching out to SES director Kevin Marquis: “I asked: would Kevin be interested in coming over to the BIC, to start up a social enterprise support service in the BIC?”

Kevin took up Paul’s offer, and the social enterprise division of the North East BIC was born. 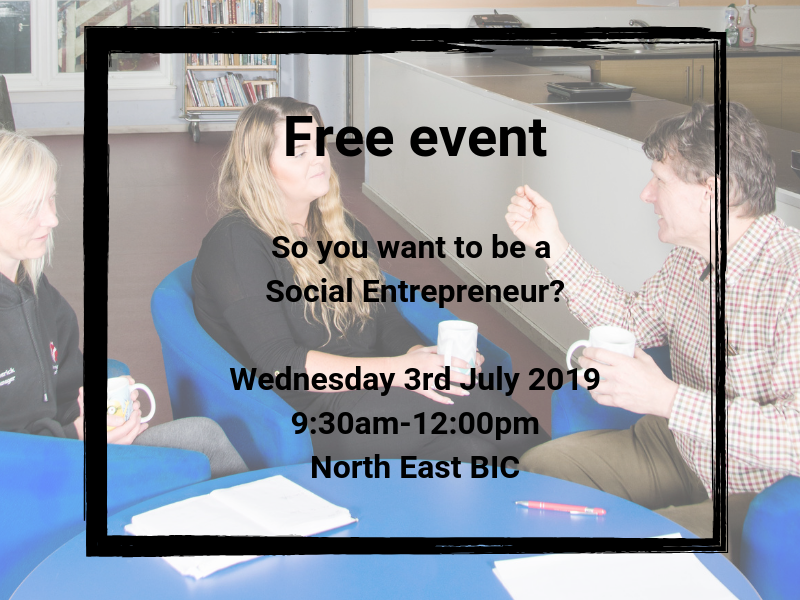 “However, the primary objective of social business is not to maximise profit, but to maximise their social impact. The profits they make… are reinvested back into the service, rather than used for personal gain.”

After gaining various funding for the new venture, the BIC have been able to maintain the work of helping people set up social businesses, something which Paul maintained “is fundamentally 80 per cent the same as setting up any other business”.

Alongside business planning, finance, market research and “all that goes with choosing good governance for their business”, the BIC also develops the social aspect of a business, looking at collective working and action, social impact measurement and community accountability.

It is unsurprising that Paul is so enthusiastic about incorporating the concept into the North East BIC; during our chat he shared with us a wealth of regional success stories.

Local enterprises Bishopwearmouth Co-operative CIC and Sunderland Homecare, as well as Gateshead firm Security Professional Support Co-operative and the nationally acclaimed Life Kitchen were all the result of people “who want to make the world a better place”, according to Paul.

Based on Sunderland’s Chester Road, Bishopwearmouth Co-operative CIC took over a former council horticultural space, transforming it into a garden centre that provides daycare facilities and employment for people with learning disabilities.

Currently expanding into the adjoining cemetery house site, the centre has plans to create a cafe. Paul said: “It’s in the process of being renovated as a cafe investment, they’re going to use that to extend the range of training and employment opportunities for people with learning disabilities… to enter the hospitality sector.”

Life Kitchen has attracted attention on a national level, as founder Ryan Riley has gained acclaim as a chef, but is an example of how social enterprise can form from personal experience.

Established after Ryan’s mother Krista was diagnosed with cancer and chemotherapy caused her to lose her sense of taste, Ryan wanted to explore how food could be crafted specifically to create enjoyment through texture and smells.

Paul explained: “Firstly, what Ryan started to do is create menus to address the issue around texture and all that goes with it so people that have no taste can enjoy food again.

“Then he said: ‘Let’s take this further, let’s try to create a social business that can upscale, make a bigger impact, make a national impact’. But his [home] is Sunderland – he wanted it to be based in Sunderland – so they’ve now secured the Mowbray Park Lodge, and that’s becoming the centre of their social business.” 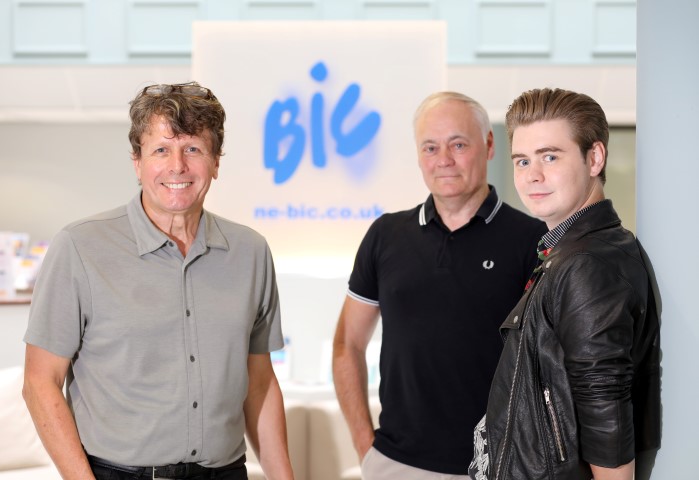 Through all of the enterprises discussed, Paul identified a clear similarity: “They want to change the world. They’ve got all that enthusiasm, all that passion, all of that drive, because they want to make the world a better place.”

Paul stressed that the concept of social enterprise is one that can be considered by ‘every kind of entrepreneur’, and that the traditional business community shouldn’t underestimate it.

He explained: “Having that ‘community interest company’ (CIC) after your name, or being a co-operative, or that tag of social enterprise, is a great marketing tool.

“There’s a massive growth in consumer interest in buying services from social enterprise, because actually the thought of actually buying the services from organisations that don’t have shareholders…is ethically appealing.”

With approximately 70,000 social enterprises in the UK contributing £24bn to the economy and employing a million people, North East BIC has chosen an exciting time to come into the sector, and has several plans in the pipeline to expand on the social enterprise side of things.

When talking about the potential for growth, Paul summed up social enterprise perfectly: “People like to be customers of businesses that actually are giving back.”

We’re on a mission to encourage and support those that dream of starting a new social enterprise. If this is you then why not come along to our free event on 3 July >>